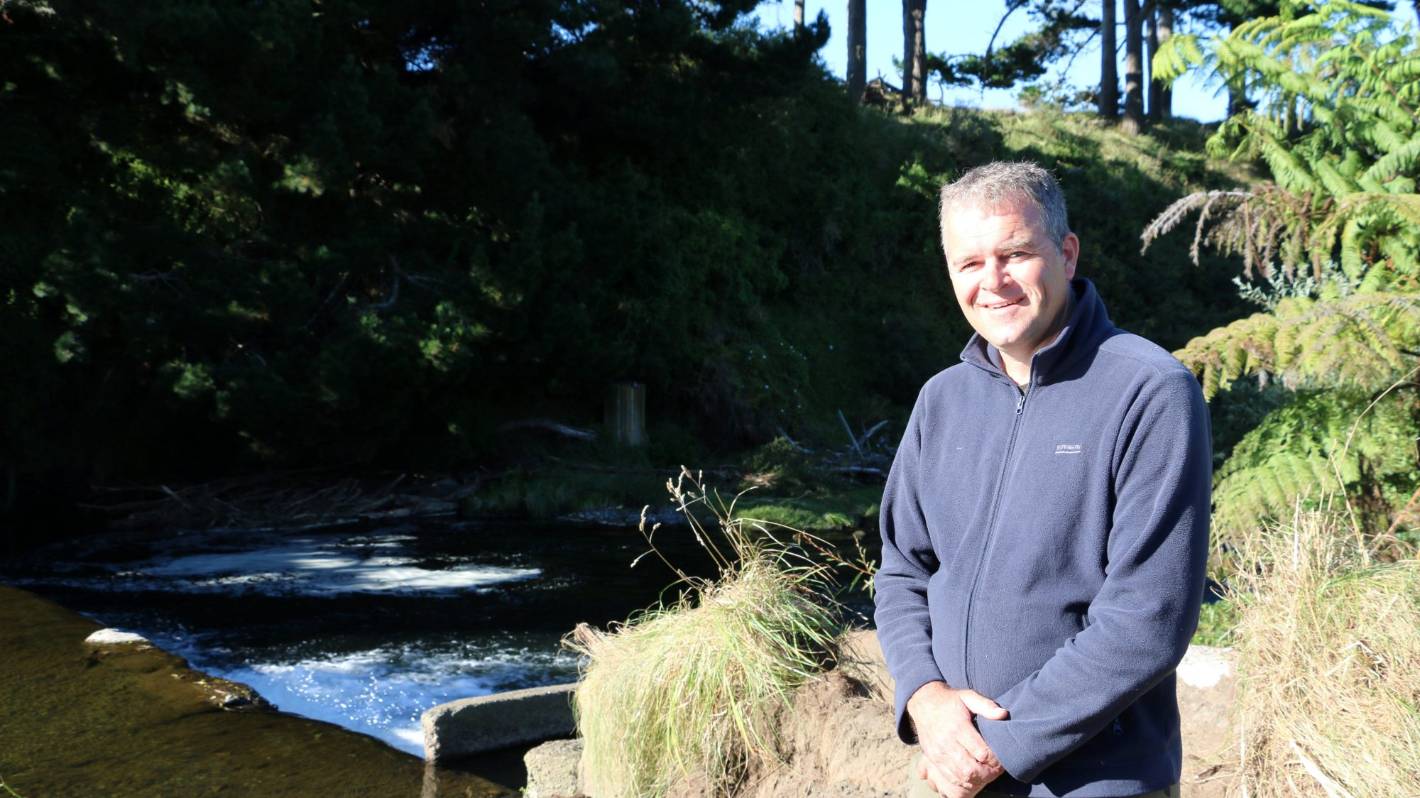 A project that opened up a South Taranaki river to native fish after 120 years has won two awards.

Te Korowai o Ngāruahine Trust led the charge to remove the disused 3m high spillway from Kaūpokonui Creek near Glenn Rd, about 5 km off the south coast of Taranaki.

It was finally retired in February after many years of work.

The project was announced last week as the second place winner in the “River Story” category of the Cawthron New Zealand River Awards.

READ MORE:
* The award recognizes a precedent for the restoration of the Taranaki River
* Taranaki environmental champions honored with annual awards
* The old Taranaki spillway was finally removed after 20 years of battle

The structure had restricted fish passage to about 85% of the stream, as well as the entire Dunns and Little Dunns Creek watershed and many unnamed tributaries, resulting in a significant reduction in abundance and richness of fish, Bart Jansma, environmental politician said Te Korowai O Ngaruahine Trust advisor.

Funding of $ 25,000 to remove the spillway was provided by the trust, STDC, Fish and Game Taranaki, Fonterra and TRC.

“The spillway was preventing access to a significant amount of habitat for many of these species, some of which are threatened or threatened with population decline.

“Even one of our sportiest fish, the lamprey (piharau), struggled to navigate the dam, which unfortunately resulted in the deaths of over 100 adults in 2020.”

Body spray recall: what does the discovery of a carcinogenic chemical mean to you | News