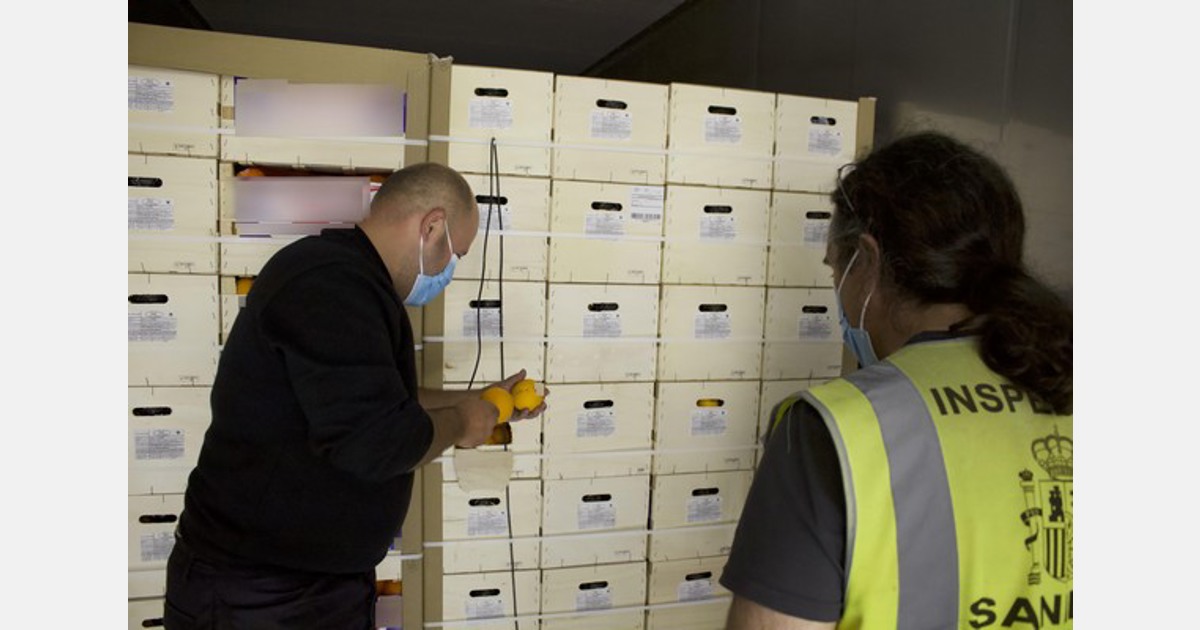 Intercitrus would like to point out, â€œin the face of the apparent ignorance shown by the European Commission (EC) during the last Plant Health Committee (November 18 and 19), that the imposition of a cold treatment to guarantee the absence of certain pests, such as the false butterfly or Thaumatotibia leucotreta (FCM) is non-negotiable as it is a fully guaranteed measure that is commonly used in international fruit trade. of 11 genres.

In fact, South Africa performs cold processing in transit to export its citrus fruits to states that request them. This fact was declared by the representative of the Ministry of Agriculture before the aforementioned committee and subsequently reiterated by the president of Intercitrus, Inmaculada Sanfeliu, during the meeting held with other members of the sector, the Valencian government and the Director General of Health and Safety Food of the EC, Sandra Gallina, on November 24.

The estimated cost of applying this system against FCM in South African exports of oranges and tangerines to Europe would be between â‚¬ 0.03 and â‚¬ 0.04 / kg. “It’s affordable. Spanish exporters pay this amount, along with many other additional costs derived from protocols much more demanding than European standards, to reach the majority of large third markets that also have citrus fruits and want to protect them against harmful aliens, â€said Sanfeliu.

â€œThe record number of South African citrus shipments to the EU intercepted by FCM and the black dot has opened a debate among member countries. The representative of the Spanish Ministry of Agriculture strongly defended the application of cold treatment in transit for exports to the EU from the southern country. He was supported by Portugal, France and Italy. Meanwhile, the Netherlands was in favor of maintaining the current systems approach and working with the South African sector to improve it. The Commission continued to have doubts regarding this matter and called for further consideration of the matter at a new session of the Standing Plant Health Committee.

Intercitrus said it hopes the debate will remain strictly technical and that other geopolitical factors, such as the interests of certain Central European lobbies, will not come to contaminate the issue. In this regard, the interprofession regretted that the EC echoed the letter from three associations of importers from the Netherlands, Belgium and Germany, which took up – almost word for word – the arguments put forward by the Citrus Growers Association of Southern Africa against the imposition of cold treatment a few days before the meeting of the Phytosanitary Committee.