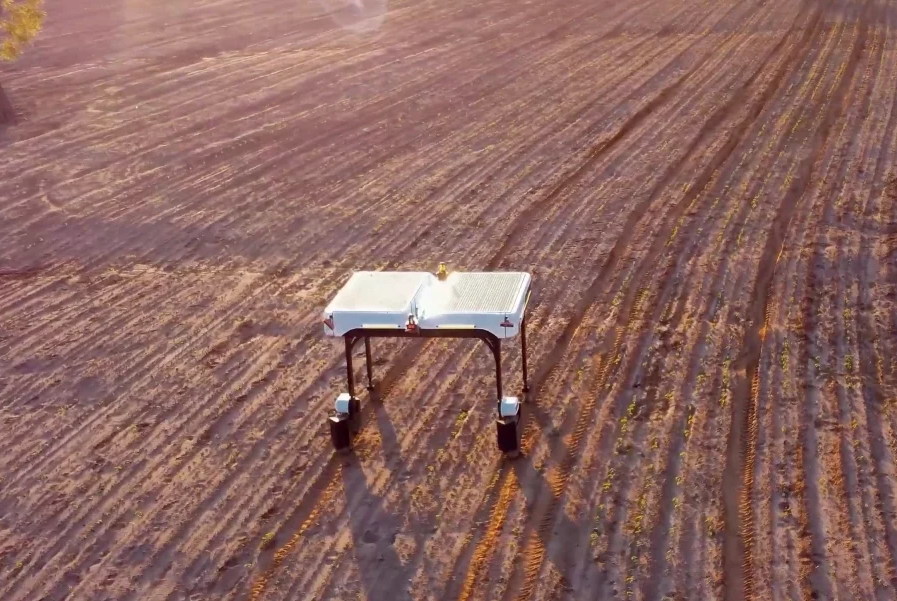 Agricultural robotics start-up Solinftec today announced an extension to its range of robots with the Solix Sprayer, a robot designed to detect and spray weeds.

Designed in partnership with McKinney Corp. which produces and manufactures the robot, the Solix sprayer is described as deploying new technology that helps growers reduce their chemical inputs and reduce their carbon footprint and environmental impact.

The robot is presented as meeting the need to feed the world on a larger scale with less impact. Solinftec claims it is revolutionizing the way farmers run their businesses with end-to-end mission-critical solutions, driving up to 70% efficiency improvements by turning data into action.

“Solinftec is focused on solving real farm management structural problems and delivering solutions that truly promote low impact agriculture and not only measure or certify the footprint, but offer a real solution to reduce your impact,” said said Leonardo Carvalho, chief operating officer of Solinftec, in a statement. “Weed detection is a major problem in fields across North America and the Solix sprayer is designed not only to monitor and scan fields like the original scout version, but also to detect and manage weeds. with technology that allows the device to spray into the plant instead of from above, eliminating drift and social compaction caused by larger machines and helping to reduce environmental impact.

Pilot projects for the Solix sprayer are currently underway in partnership with the agricultural cooperative Grownmark Inc., Purdue University, Stone Farms and the University of Saskatchewan in Canada. The Solix Spray is expected to be commercially available in 2023.

Solinftec is a venture-backed company that has raised $146.6 million, according to Crunchbase. Investors include Circularis Partners, Unbox Capital, Gaia Securitizations, TPG Alternative & Renewable and AgFunder.

Show your support for our mission by joining our Cube Club and our Cube Event community of experts. Join the community that includes Amazon Web Services and Amazon.com CEO Andy Jassy, ​​Dell Technologies Founder and CEO Michael Dell, Intel CEO Pat Gelsinger, and many other luminaries and experts.