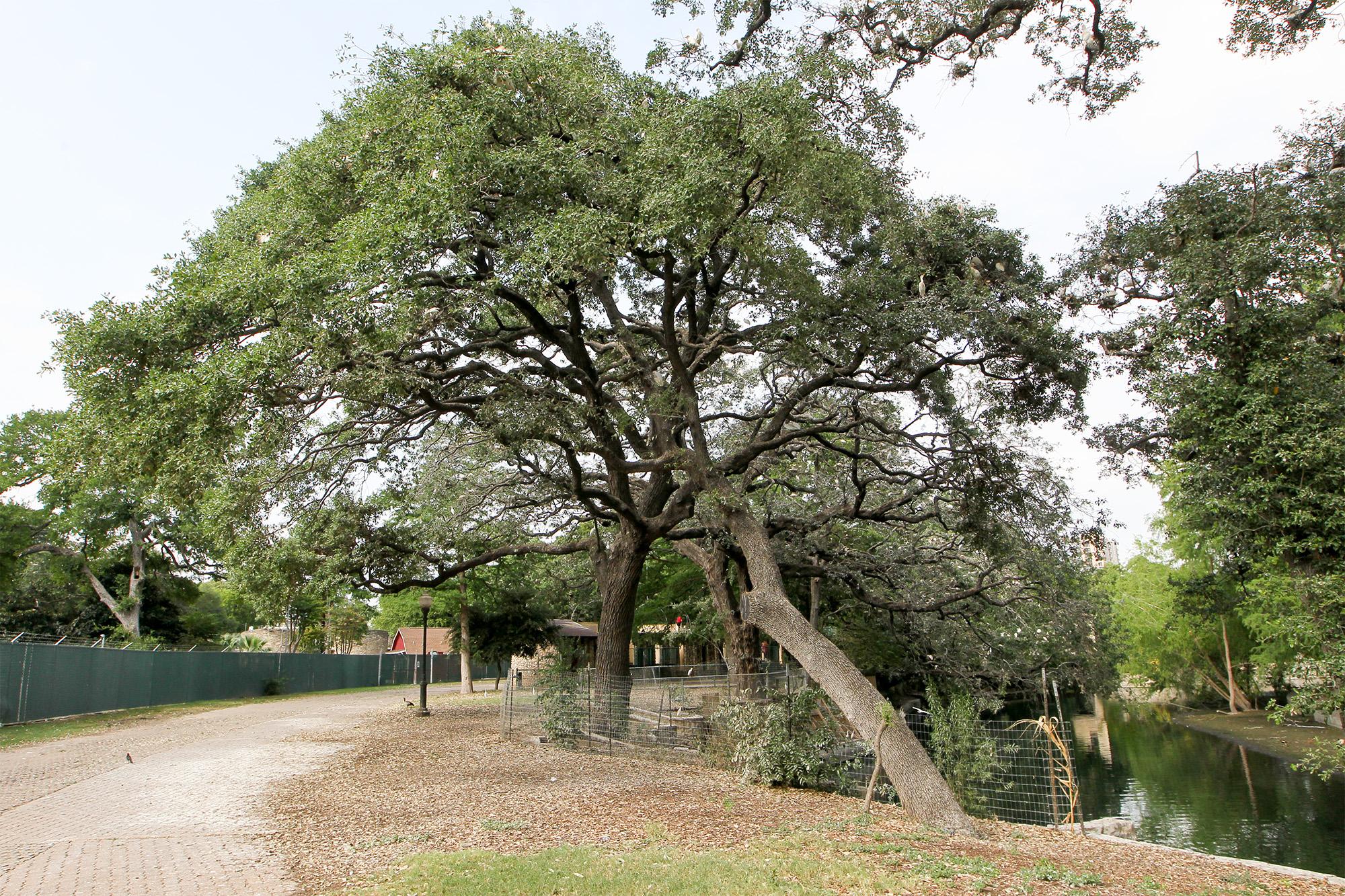 San Antonio leaders held a virtual town hall meeting to discuss the proposed plan to remove more than 100 trees from Brackenridge Park on Thursday, February 10. Here is a breakdown of the main takeaways from the public meeting.

According to Parks and the Department of San Antonio, the city needs to cut down several trees to repair a 1920s wall that runs along the river bank and restore some of the historic features of Brackenridge Park. It will help establish a new event terrace at the historic pumphouse and put water in the historic race track, as well as reveal arches covered in ground blocks, paving and trees.

Homer Garcia III, the director of the parks and recreation department, said the project was part of the master plan for Brackenridge Park 2017, which was discussed at various public meetings and engagement surveys beginning in the summer of 2015. The master plan was approved in the obligation from 2017.

How many trees should be uprooted?

Of the 105 trees felled, 10 are heritage trees, while others are dead and invasive species. The parks department said a total of 136 trees will be preserved and around 400 to 600 trees will be planted for the project. All trees planted will be native species.

Bill Pennell, assistant director of park planning at the city of San Antonio, said the trees that come out all deal with historical and cultural features. He said the trees are either against walls or against buildings, and impact structures the city wants to restore.

Pennell said these problems cannot be solved without removing the trees. He said they looked at this project in all different ways. He said it was the best option they could all come up with after a concerned citizen asked if they could move walls or structures.

Concerns for the birds?

Many citizens are concerned about how tree removal will affect birds. Jessica Alderson, an urban biologist with Texas Parks and Wildlife, told the public meeting that they were working on management to get the birds that nest there to move to a more desirable location away from Brackenridge Park.

“They don’t harm the birds. It’s just a simple sound deterrent or visual deterrent, and they trick them into moving to a more desirable location,” Alderson said. “It still allows them to nest, it doesn’t prevent them from nesting, so they’re still able to move to a new location and thrive as they would if they were in the same place they were in a previous year. .”

What is the next?

The project must be approved by the city’s Historic Design and Review Committee. San Antonio District 2 Council Member Jalen McKee-Rodriguez shared information the project was removed from last week’s agenda and rescheduled for Wednesday, Feb. 16 at 3 p.m.

McKee-Rodriguez noted that he hopes the HDRC can modify the draft and only vote to remove trees that have a direct implication on visitor safety. City leaders added that the HDRC can approve some of the trees without approving all of them if they see fit.

Garcia said they will create another opportunity for residents to speak out about their concerns at 2 p.m. on Saturday, Feb. 12 at the Joske Pavilion in Brackenridge Park. The walking tour, led by the Parks Department and District 1, “will provide information on the restoration and preservation of historic park assets including the 1776 Upper Work Diversion Dam, Brackenridge Park Pumphouse of 1870 and the river walls of the 1920s”, as well as giving an update on site preparation and tree work. More details can be found here.

If you need more information, the Parks and Recreation Department has created a page where they have uploaded several links and details about sanantonio.gov.