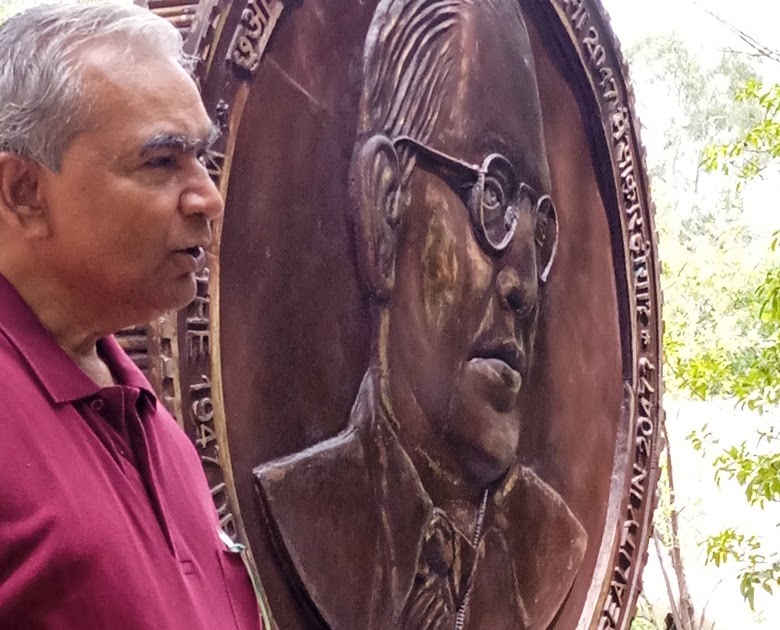 Removing untouchability is a much bigger issue than the new parliament building: Macwan

By Rajiv Shah
Sounding a markedly different note to critics of the Narendra Modi government’s plan to have a new parliament building, Gujarat’s top Dalit rights leader, Martin Macwan, said achieving an India free of untouchability is ” a much bigger challenge” than opposing the Rs 20,000 crore project to revamp the Central Vista in Delhi.
Macwan told this to a gathering of students and activists at Dalit Shakti Kendra (DSK), which he founded about 20 km from Ahmedabad two decades ago as a Dalit technical empowerment institute for teenagers and adolescent girls. He was revealing his intention to start a yatra in Delhi from August 1 by taking the newly minted 1,000kg brass coin, symbolizing India without untouchability.
“We will reach Delhi on August 7th and plan to hand over the huge coin to the President, the President of the Lok Sabha and the President of the Rajya Sabha asking them to ensure that it is placed in the Parliament Building as a reminder parliamentarians that even 75 years of independence, India is not free from untouchability,” he said. “We have asked for their appointment.”
Asked if that suggested he approved of the plan to have the new parliament building as part of a revamped Central Vista, Macwan told Counterview: “Having a parliament of Rs 20,000 crore, well than questionable, is a much, much smaller issue than removing untouchability. Therefore, we are not insisting on not having the new parliament building.
Embossed on the coin, with Dr BR Ambedkar on one side and Lord Buddha on the other, is the question “Will the 1947 dream of an India without untouchability become a reality in 2047?” Release of a special letter to be put back with the coin, he said, it is a request “to collectively accept the brass coin and place it in the new House of Parliament as a reminder to abolish untouchability”.
In addition to the huge brass coin, which was minted with the help of three Dalit artists – Vishwarajan from Odisha, and Manubhai and Akshaybhai from Delhi, all of whom worked on it for several months – priced at Rs 3 lakh, Macwan said, “We are planning to issue smaller 3kg copper coins to every Cabinet Minister. In addition, we are issuing even smaller coins, 6cm in diameter each, to all Parliament, along with the letter stating that they should pledge to remove untouchability by 2047, the 100th year of India’s independence.
Minted from donations received mainly from Dalits from various states in India consisting of 2,450 kg of brass and copper utensils, Macwan said: “With the brass coins, we plan to take two trucks with us. of over 20 lakh rupee coins, donated by Dalits across India to help with the resolution to remove untouchability, to be handed over with the brass coins in Delhi.
He added: “Up to 336 out of six buses will join the week-long trip to Delhi via Rajasthan and Haryana. We will have meetings in several cities in between. The local communities take care of our stay and our food. 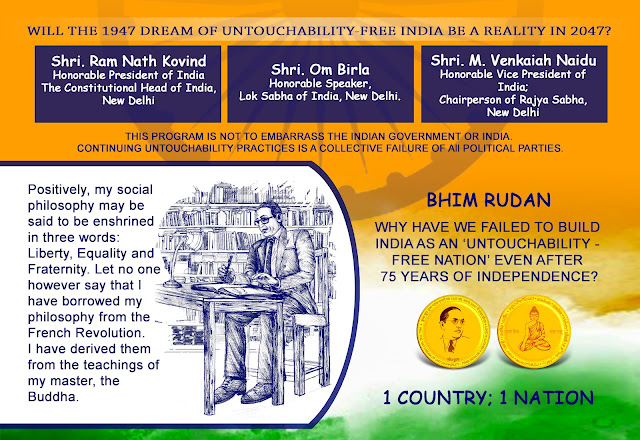 Explaining why he thinks the issue of untouchability is much more important than opposing the new parliament building, Macwan said that in 1932 Gandhiji and Ambedkar agreed that the first thing India would do after having gained its independence was the removal of untouchability. “However,” he said, “the first law to remove untouchability was not passed until 1955. It was called the Civil Rights Protection Act.”

Stating that although the anti-untouchability law has been amended several times to make it stricter over the past seven decades, he said: “Successive governments have failed to implement it.”
Release official data, he said: “Until 1977, we had not even created a database of atrocities committed against Dalits. Incomplete data collection between 1977 and 2021 suggests that around 26,000 Dalits were murdered, around 60,000 Dalit women were raped and around 12 lakh of atrocities were committed against Dalits. We must not forget that these are recorded crimes. No data is available for 1987-88. Several states did not provide data. For example, one year, only eight states provided data. He offered similar data suggesting indifference towards Adivasis.
Macwan added, “The data has no atrocities against Dalits who converted to Buddhism until they were recognized as scheduled castes. Moreover, there is no data on atrocities committed against Muslim and Christian Dalits.
Particularly taking the Congress government in Rajasthan to point its interia towards the anti-untouchability cause in the main opposition party, Macwan said, “Despite repeated reminders, the statue of Manu, who legalized casteism in the society Hindu, was not removed from the premises of the High Court. The government does not even bother to answer our calls about this.
He added: ‘There is a stay in the High Court over the removal of the statue following a plea in 1971. We filed a motion to remove untouchability about two and a half years ago but it has not been tabled. hearing. Why does the state government refuse to intervene? »
When asked if his yatra had been approved by the Gujarat government, he replied, “We have asked for it and are waiting for a nod.” Responding to another question, he said, “We will return the brass coins and all the one rupee coins to DSK if they are not accepted. We will wait 24 hours and then begin the return journey. The government should understand: about 20,000 people participated in our mission. »