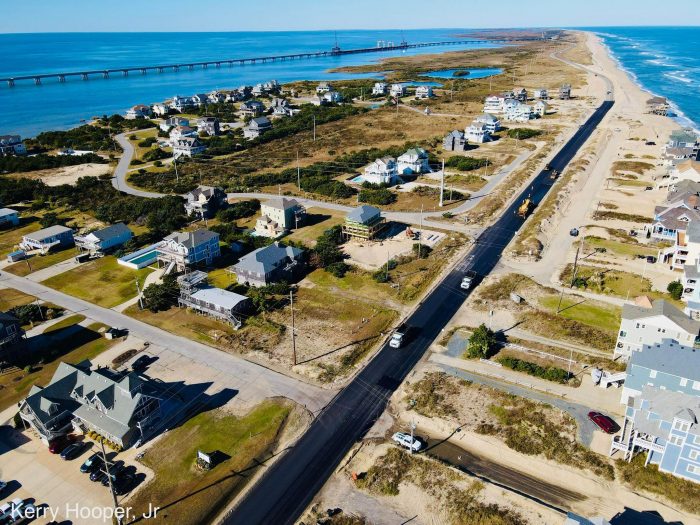 Removal of the road through the refuge postponed until next year

Plans have been delayed until the end of the 2022 hurricane season to remove approximately 2 miles of causeway and its protective sandbags across the Pea Island National Wildlife Refuge after the new Rodanthe Bridge opens to traffic.” jug-handled” bypassing the area.

The US Fish and Wildlife Service, which operates the refuge, the North Carolina Department of Transportation and the cooperative have reached an agreement.

“Delaying this withdrawal until November 30 will give CHEC both protection and access to its existing transmission lines that provide power to all of Hatteras and Ocracoke Islands.” Susan Flythe, the co-op’s chief executive and executive vice president, said in a statement. “It will also provide protection and access to fiber optic cable owned by Lumen Technologies, which is buried in the (US Fish and Wildlife Service) easement and provides internet and communications for the islands.”

New River Electrical of Botetourt County, Virginia has begun work installing the suspension and conduit system. The work, which is expected to continue until early summer, will cause minor traffic delays during the day. Work on the bridge will stop during the summer months and resume after Labor Day with the goal of completing the cable pull by the end of 2022. The new line is expected to be energized in 2023. Updates on the delay schedule can be found at DriveNC.gov.

“The Service is pleased to be able to offer this solution to CHEC to help ensure access to this critical infrastructure while cable installation on the bridge is complete,” said Rebekah Martin, project manager for Coastal North Carolina National. Wildlife Refuge Complex. “We remain committed to working with NCDOT and CHEC and appreciate our longstanding and positive relationship with both partners.”

Public vehicle access to the old road will be prohibited for the duration of the work to ensure public safety. The north end will be secured by a locked gate. Initially, 200 to 500 feet of asphalt must be removed on the south end. All asphalt and sandbags must be removed by November 30.

The Coastal Resources Commission, at its February 10 meeting, gave the NCDOT the go-ahead to construct a turnaround and install a perpendicular sandbag structure after the causeway was removed. Concerns about pavement removal and infrastructure exposure following panel approval were reported on February 21 by the Voices of the Outer Banks.