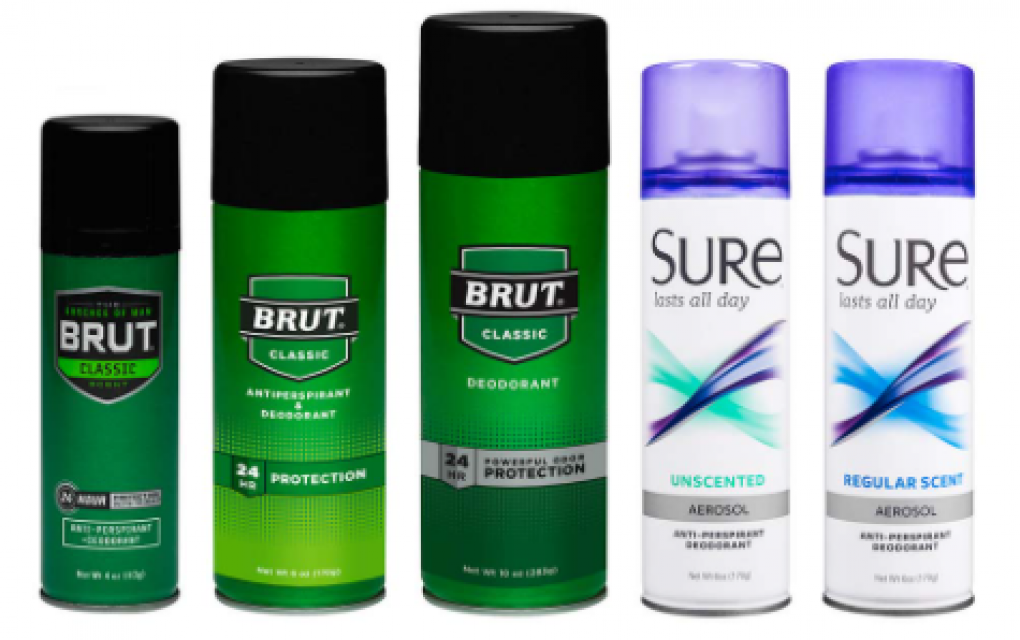 (NEXSTAR) – Brut and Sure aerosol deodorant sprays are being recalled nationwide after benzene, a human carcinogen, was found in the product.

Connecticut-based HRB Brands issued the voluntary recall on Wednesday after the toxic chemical was detected.

“Although benzene is not an ingredient in any of the recalled products, our review showed that unexpected levels of benzene came from the propellant that sprays the product out of the box,” the company said in a press release. “These products were owned and distributed by Helen of Troy Limited prior to June 7, 2021.”

See the products included in the recall below:

Benzene, which occurs naturally in volcanoes and wildfires, can also be found in crude oil, gasoline and cigarette smoke, according to the Centers for Disease Control and Prevention.

It is also widely used in the manufacturing industry to make lubricants, rubbers, dyes, detergents, drugs and pesticides, but can cause serious health problems if ingested.

“Exposure to benzene can occur by inhalation, orally, and through the skin and can lead to cancers including leukemia and bone marrow blood cancer and life-threatening blood disorders,” according to the Food and Drug Administration.

The recalled sprays were all distributed nationally in the United States, with the exception of the Brut 154 g deodorant spray, which was distributed in Canada.

Anyone who has purchased the affected products should stop using them if the expiration date is August 2023 or earlier. Anyone with a medical condition that may be related to the product should contact their physician or health care provider.

Consumers with questions regarding this recall may contact TCP HOT Acquisition LLC by calling 1-866-615-0976 Monday through Friday from 8:30 a.m. to 5 p.m. PT. Consumers can also go to www.brutsurerecall2022.comExternal Link Disclaimer to request a product refund and for additional information.

Hog Wild: Arkansas Department of Agriculture reports removal of more than 27,000 feral hogs from the state