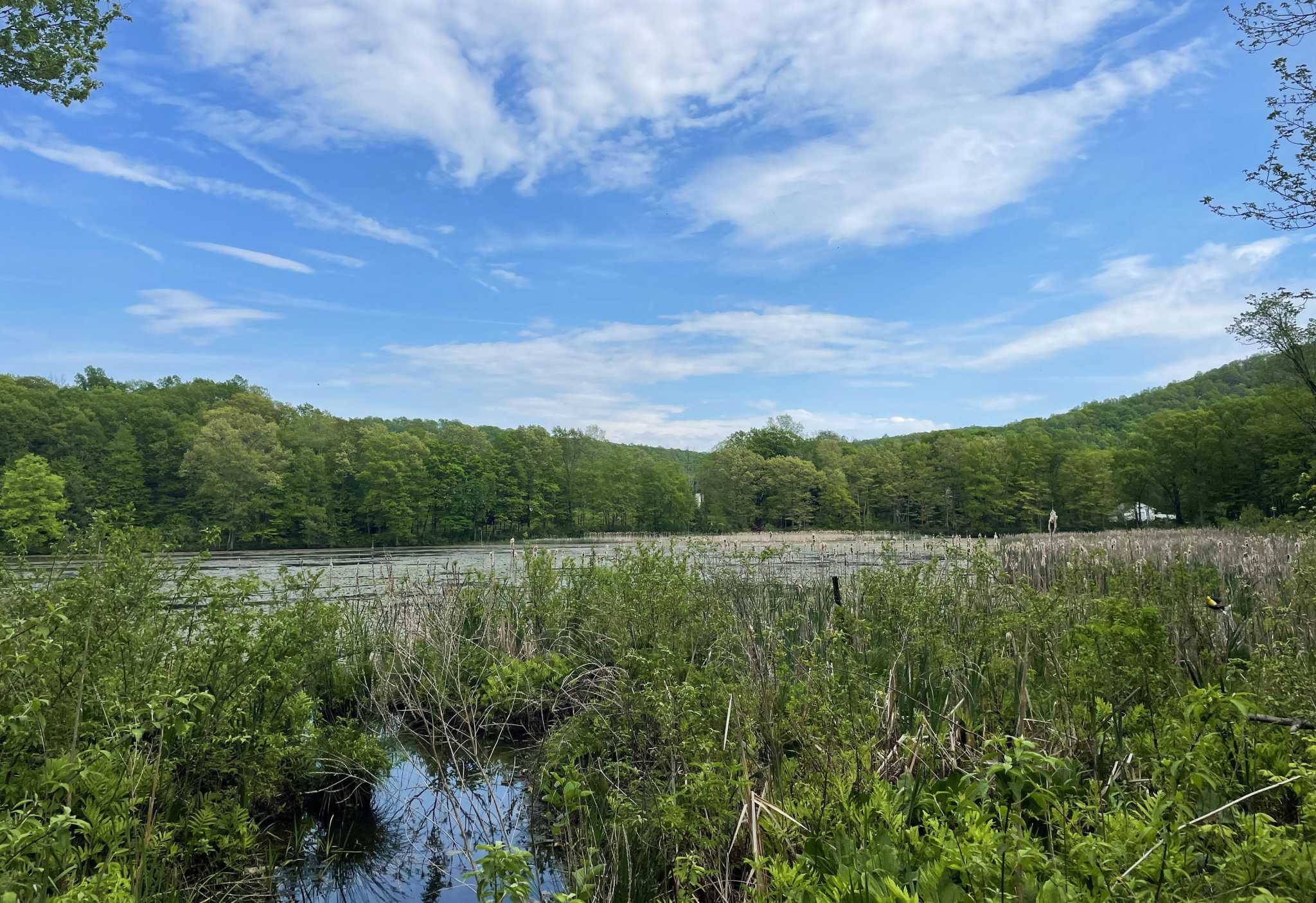 MIDDLETOWN – Dams are an important water supply and in some cases an energy supply, however they also limit the function of the river and damage surrounding ecosystems.

The 12-foot dam was built in 1875 for irrigation, creating Highland Pond. The land had many different owners, but in 2002 the Audubon Society gave it to the Middlesex Land Trust.

Since then, in accordance with its mission to preserve natural areas, the land trust has been responsible for the conservation and maintenance of the dam. However, over the years, the group realized that the dam was a financial burden and a liability.

According to land trust members, although there is money donated and set aside for the dam, much of it has been spent on constant inspections and monitoring, and it is not enough to maintain the dam, especially in an emergency. It is also unlimited, which means it can be used for other projects, such as improving the nature reserve more generally.

As a registered dam, the state requires a number of engineering studies to ensure it is up to standard. These studies revealed that the dam is classified as Class B, or Significant Hazard. If the structure were to give way, this would cause significant material damage downstream.

Stuart Winquist, chairman of the land trust, said one of the biggest concerns was the exposure and liability of the dam. “There are maintenance costs, but also, in the event of a breakdown, we would be liable for damages downstream. When we originally acquired the dam, people weren’t thinking that far ahead.

In June 2021, the land trust contracted Biohabitats conduct field studies and develop a potential plan for the removal and renovation of the dam. While liability and finances are a concern, land trust members stressed that it’s not all about cost. More importantly, they are dedicated to restoring the local ecosystem.

“There are two motivations for this. One is to eliminate a problem, which is the dam,” explained Steve Gephard, fisheries biologist and technical advisor to the project. “But the other is to do environmental and ecological restoration. What we have is a faulty man-made system that has a bunch of non-invasive invasive species… it’s about eliminating a problem and doing positive ecological restoration.

In order to move the project forward, the Department of Energy and Environmental Protection must approve the land trust’s license application, which can take several months. He also needs to get a grant to further fund the removal of the dam.

Many neighbors, however, are unhappy with the proposed plan. Lisa Davis, who was enchanted by the pond long before she moved to the area, created a petition oppose its deletion. While she understands the environmental benefits, she noted the importance of the space to the local community.

“I was aware of the whole issue of the removal of the dams and I expected this kind of thing to happen, because I have seen many specials on this subject, and I am aware of the problems of fish that have to go upstream and issues with the overindustrialized northeast,” Davis said.

“I was just hoping that maybe our little pond and relatively small dam would get away from it all, and we could enjoy the beautiful scenery and expanse of water. Having an area of ​​open water is visually important for people and for certain types of wildlife,” Davis added.

Although a petition cannot prevent the move, neighbors can request a public hearing with DEEP after the permit application is filed. Davis hopes to do so.

Chris Brandt, who lives in the area, noted the pond was the main reason he and his wife moved to the neighborhood. As he explained, the pond has brought comfort to his family over the years, and he is very upset about it being altered.

“It’s our happy place and they want to take it away from us and that’s not right. We bought this place because it was there. I understand it’s not our property, but that’s why we bought it,” Brandt added.

Gephard acknowledged the neighbors’ concerns, but stressed that he thought there was a misunderstanding about what exactly the project was going to do.

“People got used to it,” he said. “People who have lived there for a long time, the pond preceded them. It’s the status quo they’ve become accustomed to, and people are equating the current situation with nature. Much of what I’ve seen on the petition and other places they say “land trust destroys nature”. It’s not true. What the land trust does is conversion. It is a conversion of nature.

The group working on the project had two community presentations in April 2021 and April this year – to address concerns.

“We understand and that’s why we think community outreach presentations are so valuable,” said Sally Harold, the project manager who works for river restoration consultancy firm RiverWork. “People have a lot of myths that if a dam is removed there will be no flow, that the pond will somehow disappear. They will be faced with this basin which will forever be Or the dam is for flood control right now, and if we remove the dam, there will be more flooding.

Davis considers the pond a central feature of the Highlands Historic District and an important source of water in the event of a fire emergency. She still hopes to find ways to avoid removal.

“Biohabitats and the land trust painted a picture of the pond as very unhealthy, and if restored, it would be this clean creek and so on,” she said. “I certainly hope that if it passes, it will…but I think it won’t be as rosy as they paint it.”

In addition to speaking to DEEP representatives, she contacted the city council to see if the city would be potentially interested in acquiring the property and taking responsibility for the pond.

“I try not to be adversarial about it, I just want to see if there are any solutions,” she said.

For more information on the project, visit biohabitats.com.

The residential water treatment devices market is expected to reach US$23 billion and CAGR of around 5.0% through 2022-2031