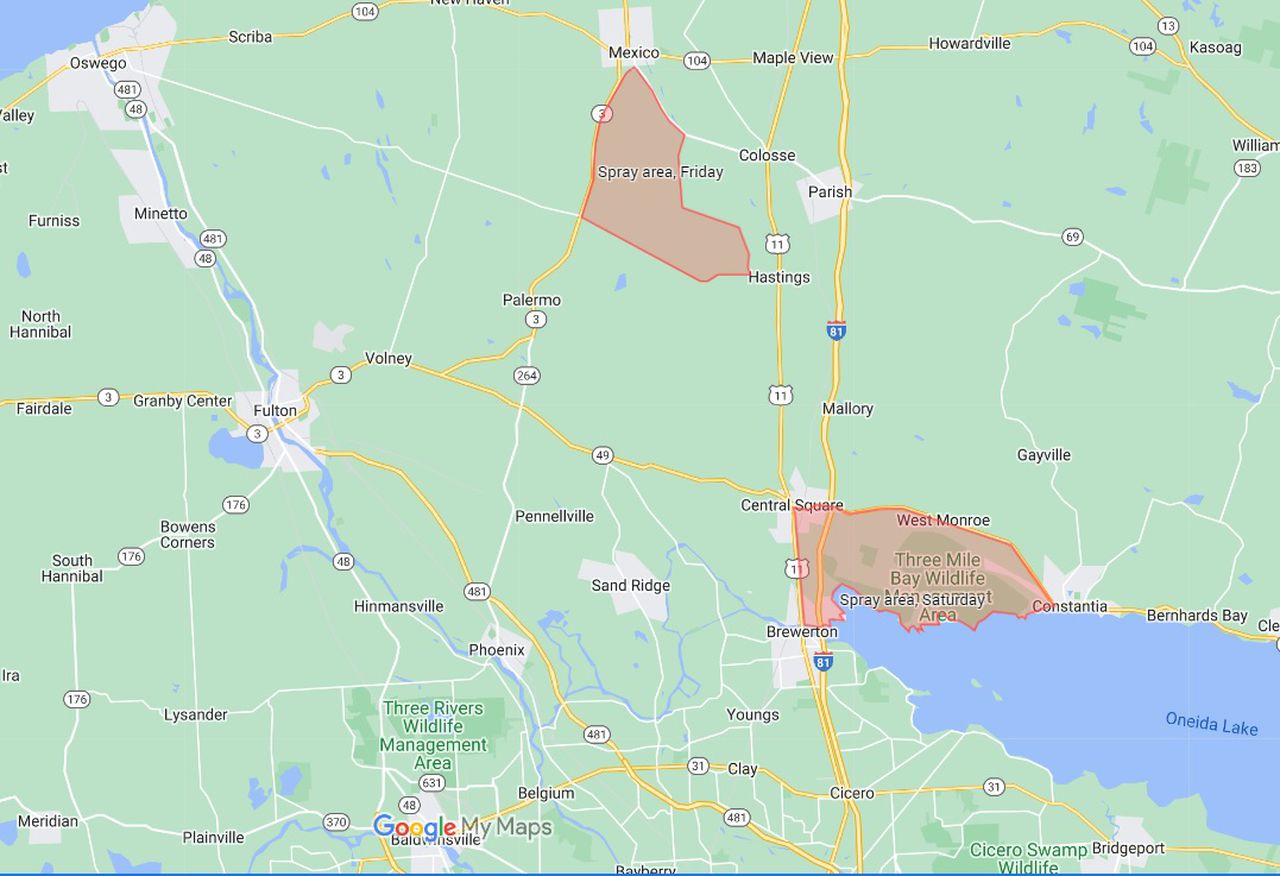 Eastern equine encephalitis virus (EEE) is an extremely rare but serious infection. It causes encephalitis, or inflammation of the brain, and is often fatal, according to a news release from the Oswego County Health Department. It is spread by the bite of an infected mosquito, they said.

A horse in Mexico City, NY, died of the virus on August 25, county health officials announced Tuesday. Although horses cannot transmit the disease to humans, it can be transmitted to humans by infected mosquitoes, they said.

Human cases of EEE are rare. About a third of people with EEE die from the disease, and most survivors suffer brain damage. There have been eight EEE human deaths reported in Onondaga and Oswego counties since 1971.

The first area to be sprayed is about 9,000 acres, they said. Spraying will begin from the southern limit of Mexico City Village, they said.

A second aerial spraying will take place after 6 p.m. Saturday, weather permitting, county officials said. The second area to be sprayed is about 10,000 acres, they said. It will start along US Route 11 at Central Square, they said.

Residents will be notified of any changes to the spraying schedule, county health officials said.

County officials are urging residents in the spray zone to stay indoors and keep their doors and windows closed between 6 p.m. and 10 p.m. Friday and Saturday. Residents should also close the vents of window air conditioners, they said.

Although the spray should help slow the spread, it’s a temporary control measure, county health officials said. Residents should continue to limit their exposure to mosquitoes, they said.

Officials suggest people limit outdoor activities to dusk and dawn, when mosquitoes are most active. Residents should also wear insect repellent, cover their skin when outdoors and eliminate standing water around their homes, they said.

Residents who want to receive text updates can sign up for alerts at oswegocounty.com/911, officials said.