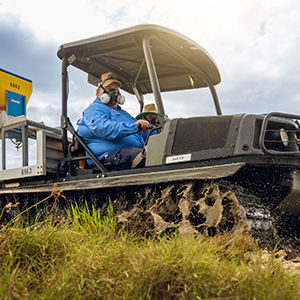 The Logan City Council is continuing the fight against mosquitoes with an ongoing citywide treatment and monitoring program aimed at minimizing the discomfort and dangers posed by bloodsucking insects.

“The council is launching this proactive campaign because we want to be ahead of any potential threat and help residents enjoy this summer and stay healthy.”

“We have joined forces to mitigate any significant exposure of residents to mosquito-borne public health risks,” said Cr Koranski.

“It is important that we stop these mozzies early in the breeding cycle to protect the community as much as possible, especially with the emerging threat of Japanese encephalitis virus (JEV) in addition to the more widely known Ross virus. River.”

JEV was declared a communicable disease of national importance in March, but has not been detected in the town of Logan.

Ross River is a virus endemic to Australia, Papua New Guinea and some South Pacific islands that is transmitted through mosquito bites. It causes fever, rashes and joint pain.

The council regularly inspects more than 760 water retention sites in the City of Logan to protect residents from any emerging public health risks.

With another wet summer predicted, these sites will come under greater scrutiny in the coming months.

The Council will use a range of techniques to deal with potential adult mosquito larvae sites as part of a round-the-clock programme.

This includes the use of drones and all-terrain vehicles to treat hard-to-reach areas.

Real-time thermal mapping will also be used to identify any increases in adult mosquito populations at known breeding sites.

How often should you spray your home for insects?