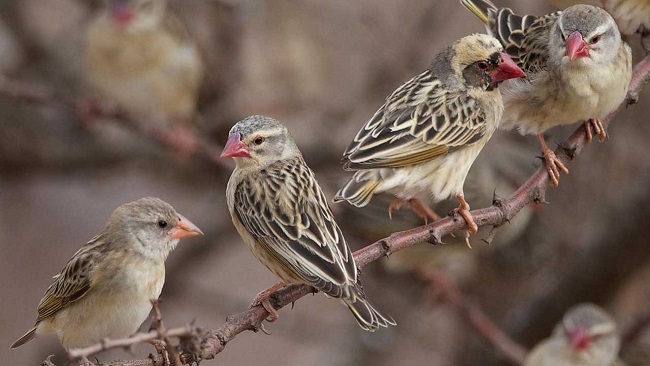 Governor Alhaji Atiku Bagudu of Kebbi State has approved the release of N40 million for aerial spraying of pesticides on farms in the state to kill invasive quelea birds from neighboring Benin and Niger republics.

The Commissioner for Agriculture and Mineral Resources, Alhaji Maigari Abdullahi-Dakingari disclosed this during a briefing to journalists on Thursday August 4, 2022 in Birnin-Kebbi, the state capital.

He said the approval was to continue the federal government’s efforts to prevent impending crop loss in the state.

“When the rainy season started, we were surprised by the invasion and attack of quelea birds, migrating from neighboring countries to the republics of Benin and Niger.

“We contacted the federal government for their intervention and aerial spraying was carried out in some local government areas bordering the republics of Benin and Niger,” he said.

Abdullahi-Dakingari said that pest control is a very important element in agriculture as these migratory birds wreak havoc every year not only in the state but also in Sokoto and Zamfara states.

“This is because our strategic location makes it a major flashpoint for the entry of migratory pests into the country.

“It was on this basis that Governor Atiku Bagudu approved the release of N40 million for flight hours, pesticides and logistics to continue the work that the Federal Government had started to prevent the loss of harvests by farmers in the state,” he said.

Some of the Local Government Areas (LGAs) where farms must be sprayed with pesticides include Argungu, Dandi, Bunza, Bagudo, Yauri, Zuru, Augie and Gwandu.