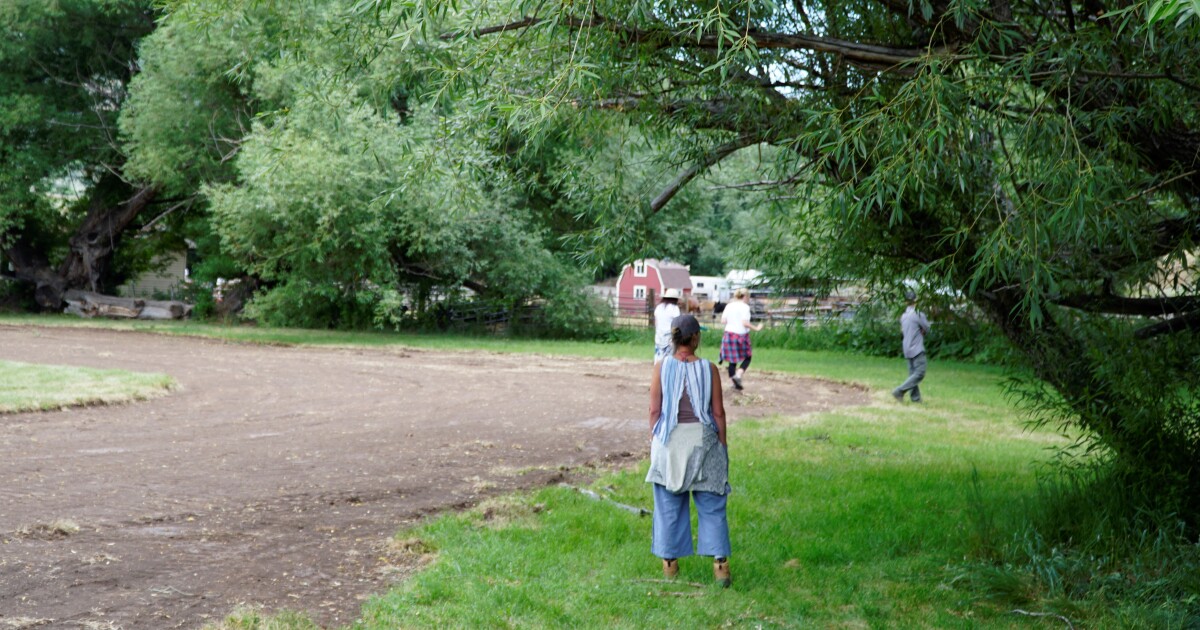 Just outside Midway, a few acres bordering Wasatch Mountain State Park are home to a grassy field overlooked on either side by rows of tall, thick black willows estimated to be over 100 years old. Within these trees and a nearby wetland are owls, cranes and other species of birds and wildlife.

But a new campground is in the works and plans to cut down several trees have outraged and mobilized some residents. It started when 10 trees were marked in early June for removal. When it happened, dozens of residents took to social media to voice their concerns.

Earlier this month, State Parks Division information officer Devan Chavez said plans for the campground called for the felling of 10 of the black willows. He said it was necessary because the huge branches could fall on roads or campsites, and added that the parks division would plant at least 30 new replacement trees there.

After the trucks started clearing the field, locals showed up in person to find out what was going on and try to prevent any tree cutting.

The tree removal was scheduled for last week, but was delayed at the last minute so park officials could address concerns raised by the community.

Locals appreciate the spot for the shade and the continuous background noise of bird calls.

“When I walk around here almost every day all year round, you get so many different aspects of wildlife,” said glass mosaic artist Stacey Heverling, “from the smallest insects to, to owls and cranes and bobcats, butterflies and wetlands.

She said it would be “devastating” to see the trees cut down.

Jennifer Tringham of Heber City visited the site almost daily for the past week. She said she had heard and seen hundreds of comments from people who also hoped the trees would stay and hoped there could be a compromise.

“I’ve been told a campground is coming whether we like it or not,” Tringham said. “They have already cut ground, they work very quickly. It is a sacred valley and we must treat it as such. We have to be responsible and we have to respect the land.

According to Chavez, the state parks division has hired arborists and construction specialists to explore the options. He said it could lead to changes to the original plans, but didn’t know the details yet.

Willie Holdman, a Heber City resident and owner of the Park City Photography Gallery, said he wouldn’t support RVs in place of historic trees at the site.

“As a photographer, I always capture the beauty of the Heber Valley and Midway, and the trees are a big part of that, [such as] these trees 100 to 200 years old,” Holdman said. “A lot of people come here just to look at things just to see things and experience things, and when that’s gone, all of a sudden we bring the city to the mountains, okay, instead of keeping the mountains and the rural area as it is.”

Chavez said there was no timeline for decisions about future camping. He said there could be a plan to resume construction in the coming weeks.