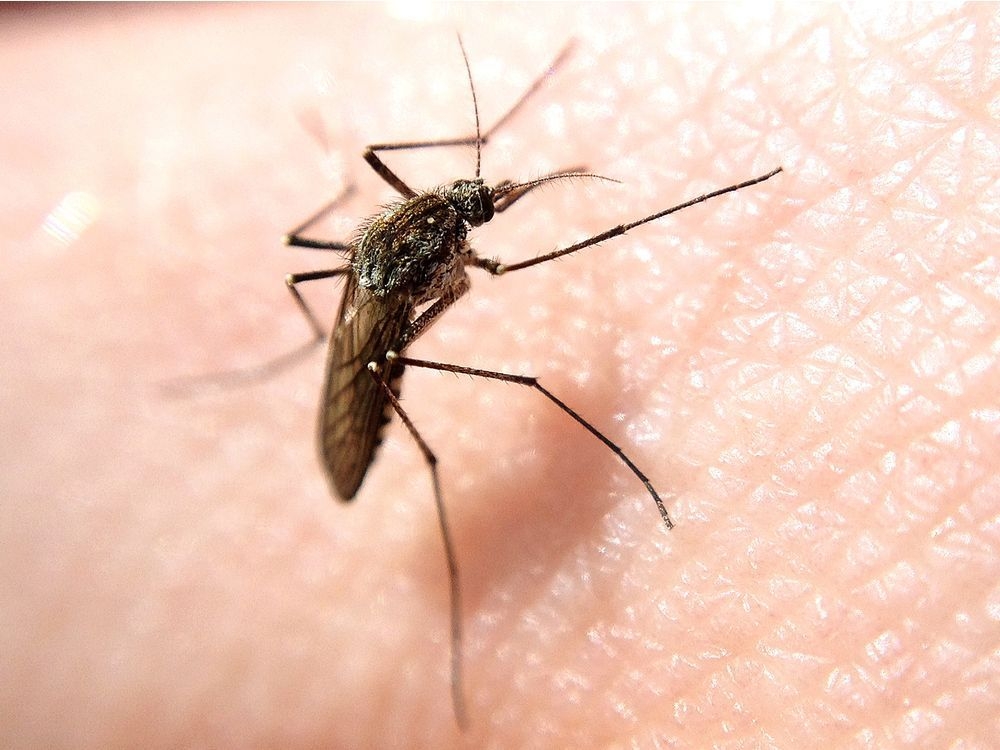 GUNTER: Edmonton City Council would rather lecture residents than spray for mosquito control

In light of the city council’s decision on Monday not to spray mosquitoes this summer (and given longstanding opposition from local ‘progressives’ to the moniker ‘City of Champions’), perhaps the council would allow us to redo signs at Edmonton freeway entrances to read , “City of Swarms” or maybe “Swattown” or “Itchyville”.

Look on the bright side, though, imagine all the extra exercise we’ll all be getting swinging our arms wildly trying to ward off the slender-nosed pest at festivals, backyard barbecues, restaurant patios and picnics. -niques this year.

Edmonton gets quite a few summers like this. It’s an absolute shame that the council has decided we should enjoy it even less because they want to prove how ‘woke’ they are on banning pesticides.

Fear not, though, the city will redirect the $500,000 it spent last year using helicopters to spray mosquitoes onto a new bullying and preaching program to tell Edmontonians we don’t care. not enough of the environment and our obligation to share the city with our insect friends.

Don’t forget that mosquitoes have rights too!

Oh sure, they call this new approach “education”. But if you don’t think the true instinct of the board and administration is to lecture, just listen to how the board advises. Michael Janz frames the new no-spray approach.

“We’ll make residents more aware of why that kiddie pool full of stale water isn’t just bad for you, it’s bad for your neighborhood.” »

But the mosquitoes don’t come primarily from kiddie pools, they come from neighborhood flood basins, temporary bodies of water in open fields, swamps and other waters on farmland surrounding the city.

The city lake at Hawrelak Park is said to produce more mosquitoes than all the kiddie pools in the city. Ditto for all the insect breeding ponds in Terwillegar.

And what does Janz mean that kiddie pools are “bad for you?” Does he imagine that the council knows better than the parents how to make recreational activities in the garden safe and healthy for children?

It is this superiority and morality that runs through so many board decisions and administration proposals that is evident in the decision not to spray.

Com. Aaron Paquette showed how much smarter councilors think they are than Edmontonians when he insisted it would be easy to educate people on how they can deter and prevent mosquitoes on their own properties.

“Use an oscillating fan,” Paquette suggested, oh so helpful. “Make sure there is no standing water” and “use mosquito spray”.

As if the residents were too distraught to figure them out for themselves.

Yes Yes. The only thing that stands between our city and an eco-nirvana is the hundreds of thousands of uneducated breasts known as average Edmontonians who would like fewer bugs around to spoil their evening meal on their patio.

From Janz and Paquette’s remarks, it’s obvious that the administration has led councilors to believe that homeowners, with all the standing water we leave seemingly so frivolous, are the main source of mosquitoes – and the city wouldn’t have to spray if only we had been more conscientious.

Hence the half million dollars for “education”.

Not all half a million are going to tell citizens what thugs we are and urge us to “be nice to the mosquitoes.” Some of the money will be used to buy more bats and dragonflies to eat more mosquitoes.

Oh great. How long before bats invade our backyards and we’re told we can’t kill them either?

Hey, wait. Maybe this is all a conspiracy by the council. They didn’t want to allow drinking in the parks because it was misogynistic, but were forced to relent due to public pressure.

Hmm, maybe they’re hoping that if they don’t spray, no one in a park will have their hands free to lift a cold.

Sign up to receive daily news from the Edmonton SUN, a division of Postmedia Network Inc.

Thank you for your registration!

A welcome email is on the way. If you don’t see it, please check your spam folder.

The next issue of Edmonton Sun Headline News will soon be in your inbox.

We encountered a problem during your registration. Try Again