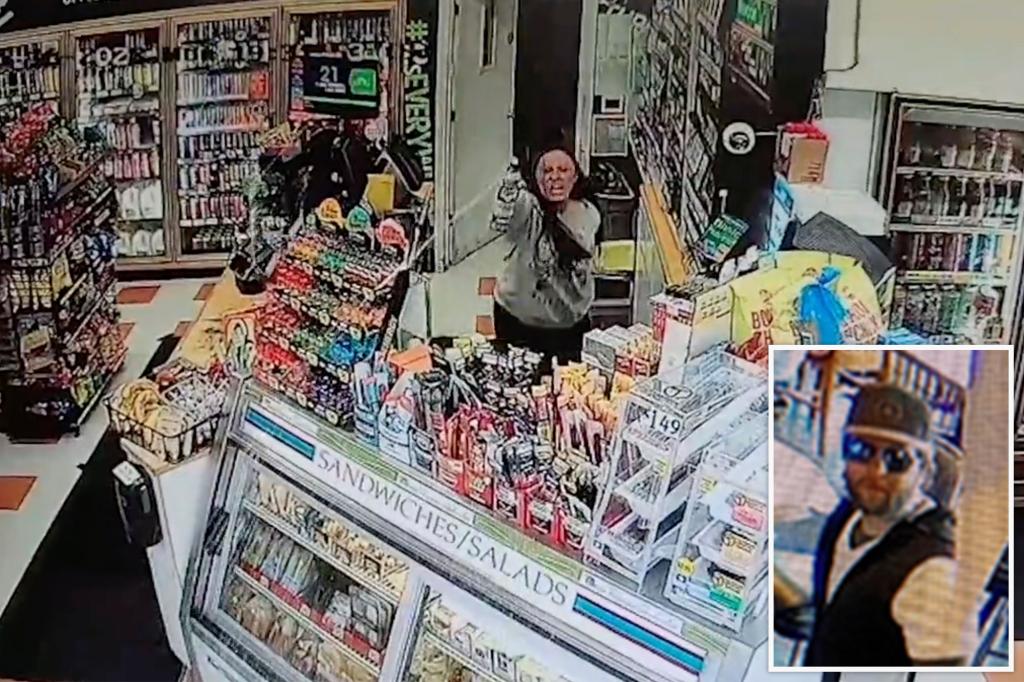 “I was scared. I was just trying to protect myself. I didn’t even think to open the till to give him the money. I just wanted him out of my space,” said Amber Mahley, a Vancouver B&B Mart employee at KATU.

CCTV shows the suspect dressed in black wearing a cap and a red bandana over his face. He approaches the counter and shows a handgun.

Without hesitation, she quickly jumps to her right and grabs some bug spray, which she sprays on him from behind the counter, the video shows.

She can be seen yelling at the suspect as he runs out the front door without taking anything.

“He just walked to the door and he left,” Mahley said.

At least eleven law enforcement agencies in the Portland area are all looking for the suspect, who has not yet been identified, KATU reported.

“We have what we think are about 30, more than 30 robberies that are probably committed by the same suspect,” said Kim Kapp of the Vancouver Police Department. At least seven businesses have been robbed in Vancouver, police said.

The Portland Police Department told the outlet it was “uncomfortable listing the businesses” robbed in the city at this time.

Police said the suspect had always carried a firearm during his crime spree over the past three months.

If spotted, cops have asked the public not to confront him and to call 911 immediately. He is described as a man between 30 and 35 years old with brown hair and a brown beard, about 5’8″ to 5’10 tall and weighing 160 pounds.

“It’s not worth your life or your safety to withhold money from someone,” Kapp said.