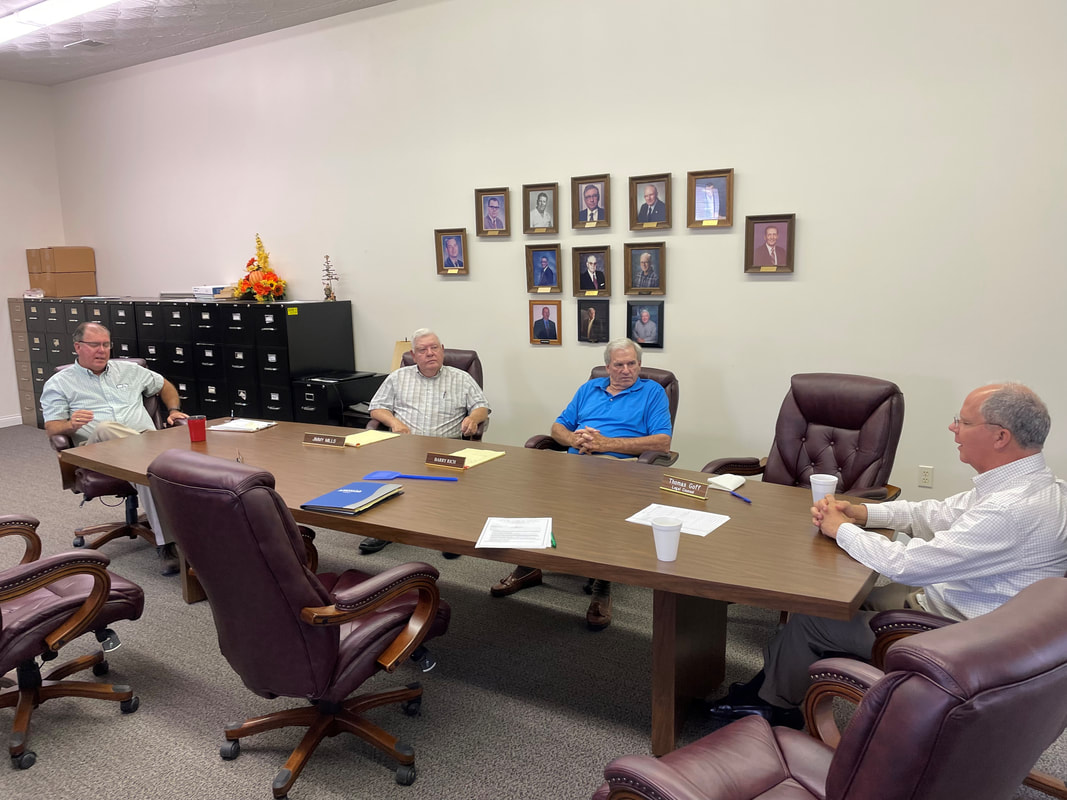 Darren Doyle, story and photos:
The Edmonson County Water District is currently pumping at safe levels since the removal of Green River Dam No. 5 was halted by the Louisville District of the US Army Corps of Engineers. The dam is located in the Roundhill community of Butler County near the Edmonson line.

According to Edmonson County Water District Manager Tony Sanders, levels were at a critical level about three weeks ago. Sanders said when water officials discovered the problem, they contacted the appropriate personnel, which ultimately led to the project being halted.

The proposed deletion was first announced on September 20, 2021 by USACE. In a statement released that day, USACE said:

“Green River Lock and Dam #5 was constructed in 1933-34 at mile 168.1 of the river for commercial use. The U.S. Army Corps of Engineers ceased operation of the structure in 1951. Since then, the structure has not been used, creating a pooled condition in the river with lower oxygen levels, more sediment and higher temperatures – conditions that are detrimental to aquatic life and the overall health of the river. The dam also presents an obstacle to boat traffic and a hazard to public safety. These challenges.” 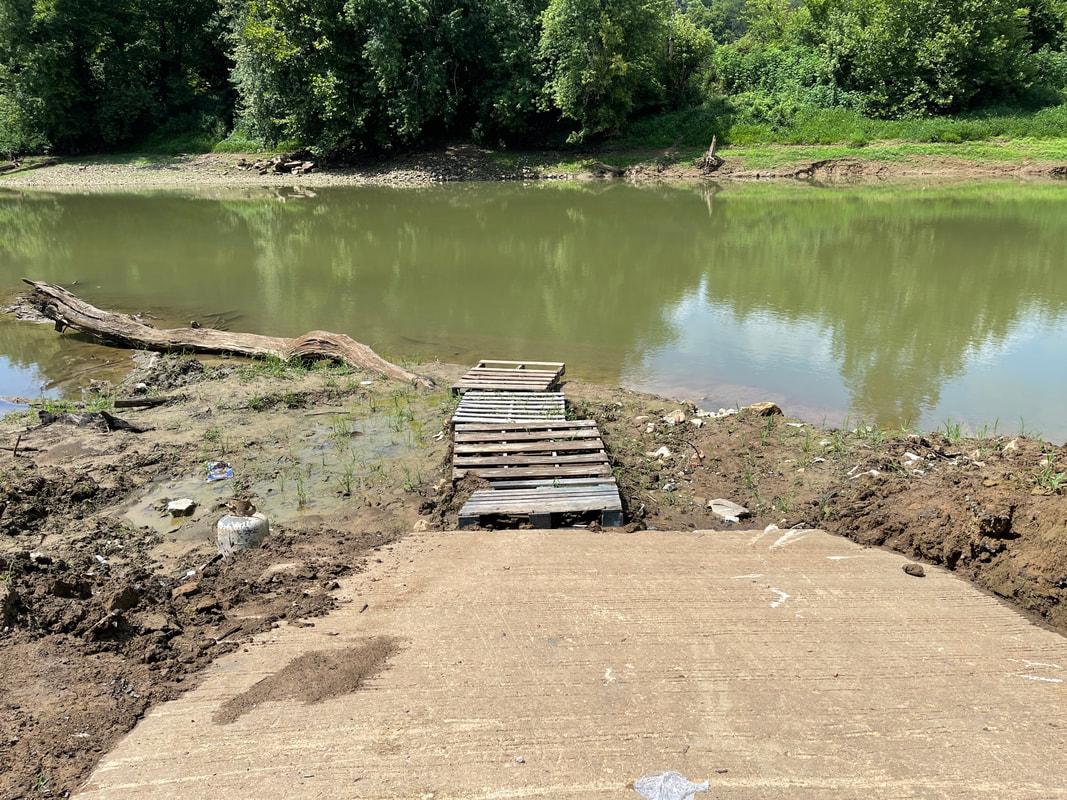 Brownsville Boat Ramp: Water normally covers all of the concrete in the photo.

However, one of the challenges that was not discussed was the possibility of extremely dry conditions during the project. While both aquatic life and river health are important, the Water District must maintain a certain standard in order to serve its thousands of customers in the region. Since the project stopped, river levels have been sufficient for the water district, despite the dry conditions. Last weekend’s rain, combined with the pause in the project, caused the river level to rise about a foot, Sanders said; however, last night’s rain affected them very little.

Sanders said the apparent problem with monitoring levels stemmed from a faulty gauge.

“One of the comments I made to Core the day they were here was that I really couldn’t believe the Corps of Engineers weren’t watching what was going on and we had to be the ones watching. everything and then get a hold of them to try and stop this,” he said. “When that gauge went out, they should have said ‘hey, we need to stop until we could fix this problem”, and it was off for at least a week before we could put it back on.”

“I recently visited Brownsville to see firsthand low water levels in the Green River due to active dam removal by the Corps of Engineers and the Kentucky Department of Fish and Wildlife,” the rep said. Guthrie at Edmonson’s Voice. “I thank Edmonson County officials for keeping me up to date on this water issue to advocate for solutions with the Corps of Engineers. I will continue to serve as a liaison between Edmonson County and the Corps of Engineers and will intervene, if necessary, to ensure that any issues between local and federal government officials are resolved quickly to protect the community’s water supply.

The USFWS dam removal crew is still on site performing work that does not affect the current elevation of the dam, according to a USACE statement.

Today, Katelyn C. Newton, Chief of Public Affairs for the U.S. Army Corps of Engineers Louisville Districttold Edmonson Voice that their team members toured the Edmonson County water intake with water district officials on June 14. to monitor the pool and that pool levels were not a concern at the time.

“As soon as we were made aware of the concerns, we immediately halted the dam removal work to prevent further pool losses,” she added. “We fully understand the concerns of the Edmonson County Water District. Removal efforts will not resume until their access to the water supply is secured. We will continue to coordinate with The Nature Conservancy, the US Fish and Wildlife Service and the Edmonson County Water District to develop a long-term solution.” 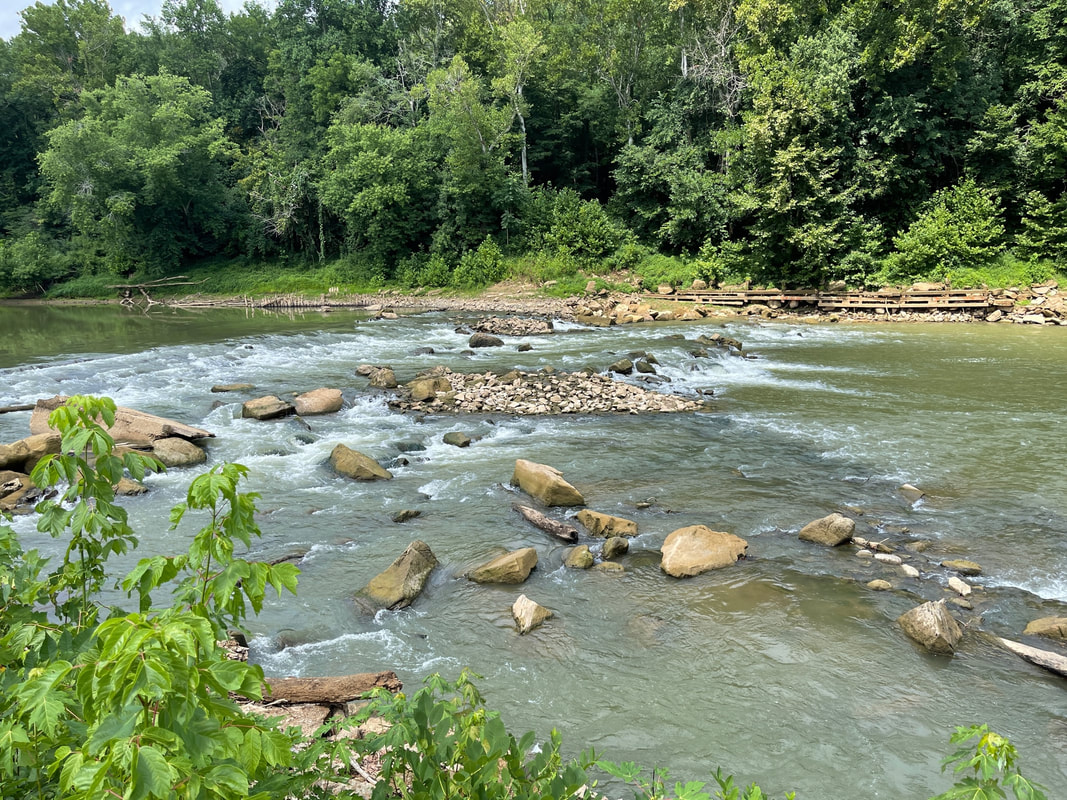 It is important to note that the critical levels are due to both the removal of the dam and the extremely dry conditions in June. Sanders said since the removal was temporarily halted, there is no current emergency, although inflow can be seen due to low water levels. Those low levels, Sanders says, can make the catch susceptible to damage from a stray log or other debris that might float in the river.

“If the level drops further, it would be an emergency,” he said. “Everyone is trying to work together to get the problem resolved. My only fear is who is going to pay for what.”

Boats cannot currently enter the water at the Brownsville boat ramp. Travel by canoe and kayak in the area of ​​the former Green River No. 6 dam is not possible during this period; however, the Edmonson County Water District is currently pumping at full capacity.

According to the USACE, Green River Lock and Dam No. 5 was built in 1933-34 for commercial use, but operation of the structure ceased in 1951 because it was no longer needed for navigation. Federal legislation, under the Water Infrastructure Improvement for the Nation Act (WIIN), was signed into law in 2016, removing the lock and dam site from the USACE inventory. and ordering its removal.