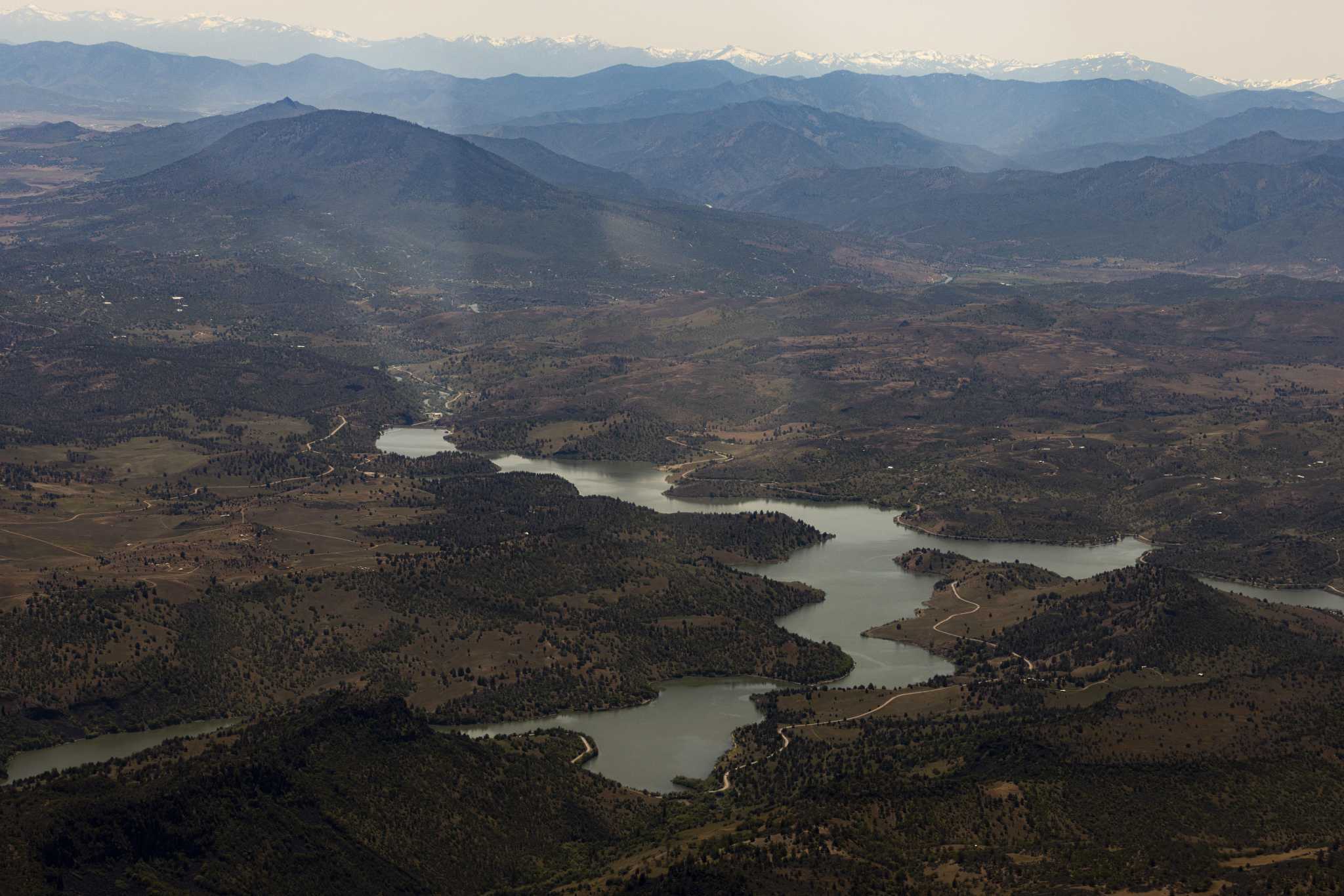 California is about to launch the nation’s largest dam removal project. Here’s what it means for wildlife

REDDING — After decades of negotiations, the largest dam removal project in U.S. history is set to begin next year in far northern California.

The first of four aging dams on the Klamath River, the 250-mile waterway that rises in Oregon’s towering Southern Cascades and empties along the rugged northern California coast, is about to to collapse in the fall of 2023. Two more nearby and one across the state line will follow.

The nearly half a billion dollars needed for the joint venture of state, tribes, and corporations have been secured. Demolition plans are drawn up. The contractor is in place. Final approval could come by December.

Now, among the latest acts of preparation, scientists are trying to ensure that the fish and wildlife that are meant to benefit from the emergence of a newly wild river will thrive. While the decision to remove the hydroelectric dams was financial, it was encouraged – and made possible – by those who hoped to see a revival of plants and animals in the Klamath Basin.

The region’s native flora and fauna are set to thrive as the algae-infested reservoirs of the dams are emptied, the river’s flow speeds up and cools, and the river’s passage opens wide. .

“At its heart, this is really a fish restoration project,” said Mike Belchik, senior fisheries biologist for the Yurok Tribe, who has long lamented the decline of salmon in their ancestral territory in the basin. “That’s why we do this.”

In one of the most recent and significant tests of fish health, a team of scientists recently released thousands of juvenile salmon into rivers and streams above dams, areas where fish swimming up the Klamath have not been able to visit since. dams blocked access more than a century ago.

Researchers are following these “experimental” salmon in an effort to find out if more than 300 miles of streams in the upper Klamath Basin are still navigable and suitable for fish. In the current state of things, the fish go up the river but are stopped at the dams, an impasse considered detrimental to their number.

“The landscape is very different now than it was,” said Mark Hereford, a fish biologist with the Oregon Department of Fish and Wildlife who is leading the fish passage study in the Klamath Falls area in Oregon. “We have uncertainties about how the fish will behave as they migrate through the system.”

The concerns run the gamut. Urban development has crowded out wetlands. Recently established invasive fish could prey on the natives. Communities may be drawing too much water from rivers and streams.

At stake is nothing less than the future of the cherished Chinook salmon run. Fish once numbered in the hundreds of thousands in the Klamath River, making its migration the third largest salmon run on the West Coast. Only the Columbia and Sacramento river populations were larger.

Today, the famous fall chinook run is only a fraction of what it was, less than 10% by some estimates, contributing to the sharp contraction in the commercial salmon fishery on the California coast. On at least one occasion, the Yurok Tribe even stopped serving local salmon during their annual Klamath Salmon Festival.

The test fish released by Hereford and his team will not only help predict the fate of the chinook and whether the new terrain can help the salmon rebound. It will also provide insight into what awaits other struggling fish that have historically migrated from the ocean to the Upper Klamath Basin. These include coho salmon, rainbow trout and Pacific lamprey.

“There is a lot of habitat here. There’s enough habitat to support lots of fish,” Hereford said. “The results of this project are going to be exciting.”

From the window of a Cessna 210 on a recent afternoon, the stunted stream of the once-steady Klamath was visible below. On the California side of the river, one dam after another has virtually crippled the water.

The smallest of California’s three dams and the first scheduled for removal, the 33-foot-tall Copco No. 2 diverts water to a power plant to generate electricity. The other two, the 173-foot Iron Gate Dam and the 126-foot Copco No. 1, generate electricity and hold large reservoirs that hold water amid sprawling hills just south of the state line. .

A fourth dam slated for removal, JC Boyle, is in Oregon, about 12 miles north of the border. Two other dams upstream of JC Boyle, considered less harmful to wildlife, will remain.

“It’s the end of the road for any migrating fish,” said Mark Bransom, chief executive of the Klamath River Renewal Corporation, the nonprofit co-op set up to manage the dam removal, as he watched the dams from the small plane.

Bransom helped organize this week’s flight in an effort to get one last aerial view of the hydroelectric facilities before they are demolished. The tour started in Redding, about 100 miles south of the first dam, Iron Gate, and was provided by EcoFlight, an environmental group that seeks to raise awareness of lands and waters under threat.

The plan to raze the dams is the product of at least 20 years of debate over what to do with the river’s old and increasingly problematic infrastructure.

Owned by power company PacifiCorp, a subsidiary of billionaire Warren Buffett Berkshire Hathaway, the dams have long needed major upgrades, including fish ladders, which would cost more than the dams are worth as assets hydroelectric.

In 2020, a one-of-a-kind agreement was reached. PacifiCorp agreed to license the four dams to the states of California and Oregon and the Klamath River Renewal Corporation. Under the agreement, also signed by the Yurok and Karuk tribes, PacificCorp committed $200 million for the dam removal and would essentially walk away from the facilities and any potential liability.

The rest of the funding for the teardown effort comes from voter-approved water bonds in California.

While the four dams no longer generate significant electricity, according to PacifiCorp, some residents along the California-Oregon border have opposed demolition due to an unwillingness to turn over any power sources, impending loss of waterfront properties on reservoirs and less water available to fight forest fires.

Dams are not used for irrigation, municipal water or flood control.

The Federal Energy Regulatory Commission, which has the final say on the dam’s removal, issued a draft environmental impact statement in February, suggesting the company’s benefits outweigh any concerns. An updated environmental assessment from the federal agency is expected in September, with a decision on whether to proceed with decommissioning shortly thereafter.

“We’re at a point right now where we’ve never had so much momentum and a sense of inevitability that the project will move forward,” Bransom said.

Sitting next to Bransom on the plane was Daniel Chase, senior fisheries biologist with the Texas-based ecological restoration company Res, which has been hired to help return the river to its natural state.

The company plans to revegetate 2,200 acres of land that will resurface once the dams are demolished and the reservoirs drained.

Chase and his colleagues have collected 11 billion seeds to plant, many of which have germinated in nurseries across the region. They expect to collect 6 billion more. The seeds represent 97 species of native trees, brush and grasses designed to help restore the landscape to what it was over a century ago.

The chinook salmon test above the dams near Klamath Falls has already begun to provide insight into how the fish will behave when the dams fall.

Hereford and his team released 3,500 juvenile salmon into the Wood and Williamson rivers, which flow into Upper Klamath Lake, where the Klamath River begins. Before the dams were built, chinook and other ocean fish came to the upper basin to lay their eggs while their young rested in these waters until they made the long journey out to sea.

By monitoring the tags on the test fish, scientists learned that Wood’s and Williamson’s juveniles had little problem swimming the roughly 15 miles to Upper Klamath Lake. Now researchers are tracking the salmon across the 25-mile-long lake, hoping they will reach the Klamath River before the water becomes too shallow and too warm for fish this summer.

“They’re moving a lot faster than I thought,” Hereford said.

A second, smaller trial of juvenile chinook is underway on the Klamath River south of the lake.

While Hereford has been impressed with the movement of the fish so far, he and his colleagues will work to address any bottlenecks that appear. Potential remedies for fish passage problems range from improving waterways with gravel beds and native vegetation to attempting to raise water levels or reduce sediment loads where flows are weak.

The new land that will come with the removal of the dam should not only increase the number of fish, but also increase biodiversity. This can toughen the fish to the challenges of drought, warming water temperatures, and other hardships that may come with climate change.

Hereford hopes little intervention will be needed once the dams are completed.

“These fish are made for it,” he said. “They love accessing new habitats. This is how they have survived for millions of years. Ideally we will wait and let the fish do this on their own.